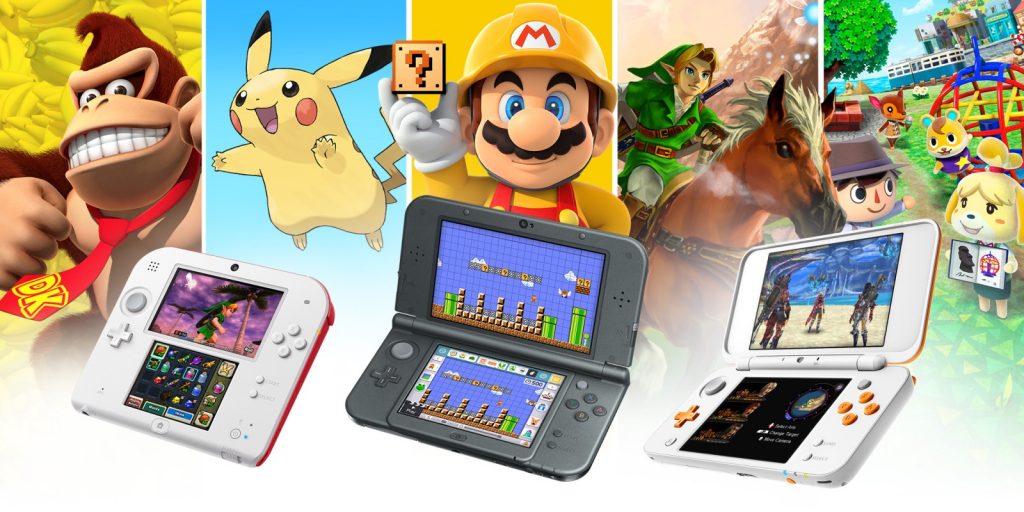 The Nintendo Switch has been at a peak since it launched last year. Nintendo Switch had a phenomenal opening year. It’s not good for first-party Nintendo titles, it’s a host to a wide range of stellar third-party role-playing, strategy, action, adventure, shooters, and many more games. Nintendo platform has blossomed to host a wide array of incredible games. If you are game addictive and want to add the best and high-end graphics games in your Nintendo Switch library. Then here we compiled the list of the most insane graphics and most high-end Best Nintendo Switch Games.

Best Games for Nintendo Switch in 2021

Are you Remember Pokémon Go? Nintendo finally brings Pokemon to Nintendo Switch with Let’s Go, Pikachu and Eevee. The duo of titles is a remake of Pokemon Red, Blue, and Yellow while drawing obvious inspiration from Pokemon GO, which has proven to be a worldwide hit in recent years. brother—you can actually transfer Pokémon you’ve caught in Go into Let’s Go.

Let’s Go takes some cues from the original Game Boy games, and some from Pokémon Go, including a motion-sensitive catching method where you hold up the Switch or wave the controller to throw a ball and capture them. Choosing Let’s Go Eevee or Let’s Go Pikachu means you start the game with one of those two Pokémon, but both provide the same general experience.

The Pokemon game has simply never looked this good, and Game Freak has used the power of Nintendo Switch for a great effect to create something that looks beautiful in both docked and portable mode. This is one of the Best Games of Nintendo Switch. Super Mario Odyssey is near-perfect. It carried ginormous expectations, but somehow Nintendo has managed to leapfrog over the bar by a huge distance. Offering the most satisfying gameplay experience of any Mario game to date.
Super Mario Odyssey manages to successfully bring the series up to date by gifting Mario a ton of new moves.

This is very much Mario as his best self so far, and his latest adventure looks absolutely beautiful on the Switch.  In our full review for Super Mario Odyssey, we called this game “one of Mario’s finest adventures in recent memory” and recommend that you play it now – it’s instantly one of the best Nintendo Switch games out there.

3) The Legend of Zelda: Breath of the Wild

Breath of the Wild is a masterpiece of modern game design. Its beautiful open world is absolutely packed with unique mysteries to discover, all of which feel brilliantly rewarding in their own way
A game so good that everything else suffers by comparison.

You’ll also stumble upon a number of firsts for the franchise, such as voice acting, shrines, and an expansive open world that never, ever holds your hand. Fortnite is one of the biggest games in the world.  Probably there is no platform in the world that has remained untouched with this game so far. Now thanks to the Nintendo switch platform for announcing this game on their platform.  Now you can enjoy this game anytime anywhere, even in your toilet or bed. No need to stick with your computer for high visual performance. It’s not a better fit than your computer but still, you can enjoy it with good quality.

The Switch version delivers the exact same Battle Royale experience as on other platforms, dropping you into a cartoonish fight for survival. It’s you against up to 99 players in a free-play, where you must fight and build to be the last person standing. Basically three games in one, Super Mario Maker 2 is all about letting you mess about and infuse your imagination. It is an absolute delight.  you can create your own Super Mario levels from scratch, using all the elements you know or you can play the story mode provided by developers. When it comes to game design, you may think it’s best to leave it up to the professionals. But it proves that even the least capable among us have a level or two up their sleeves.

Fans of the 2D Mario era will love all the unique twists to classical mechanics, and a strong online community means there should be plenty of levels for years to come. You can able to download and play a seemingly endless number of levels is the biggest draw.

After Playing lots of games on Nintendo Switch, I found few Best Games for Nintendo Switch that are worthy to buy and playing in your switch. I personally like “Pokemon Let’s Go Pikachu and Eevee”  and “The Legend of Zelda: Breath of the Wild” the most in the above top 5 switch games.  After so much analysis, I decided to write on only 5 switch games which I like the most and also talked to some gamers about these games, they liked too.