Google Snake Mod: It is the time of the year when we all get to have some quality time with our family and friends. And what could be more fun than playing a game together? I enjoy playing snake games, as I do maybe almost everyone else does. Everyone has played the snake game at some point in their lives.

The Google Snake Game is a game that was released by Google in the early 2000s. It is a simple game that involves controlling a snake to eat food and grow longer to reach the end of each level. The player controls the snake by using the arrow keys on the keyboard. So if you’re bored with the basic Google Snake game then get Google Snake Mods to spice up your simple game.

What Are Google Snake Mods?

The Google Snake Game mod is an open-source, web-based tool that people can use to create their own version of the game and share their creations with others through social media.

As many snake players know, there’s not much to do in the game beyond the simple task of avoiding the walls and eating fruit. These mods provide a whole new world for players who want to explore different gameplay options. For example, some mods will let you fight against other snakes, and some mods remove walls or simply add power-ups that improve your snake’s abilities.

How to Add and Install Snake Mods from GitHub:

The mod installation process varies depending on the mod. It is accomplished through the installation of an HTML file from GitHub and importing it as a bookmark into your browser, which is quite complex. Nobody needs to worry because anyone can install and use Google Snake Mods by following the steps below:

Bang on! You’re done. Now you can enjoy playing Google Snake Game with the mod menu.

How to Remove a Snake Mod

After experimenting with all of the mods. You can easily remove mods if you are tired of using them and want to play the original Google Snake Game. So if you installed a mod by using a bookmark, you can simply uninstall it by removing the bookmark from your browser’s bookmark manager.

In this article, we’ve compiled a list of 5 active mods for the Google Snake Game. You can install them in your browser and experiment with the new settings.

The Mouse mode allows you to play the game solely with your mouse. So if you get tired of using the navigation key on the keyboard to play the game, you can switch to mouse mode. So now it’s time to say goodbye to your keyboard. 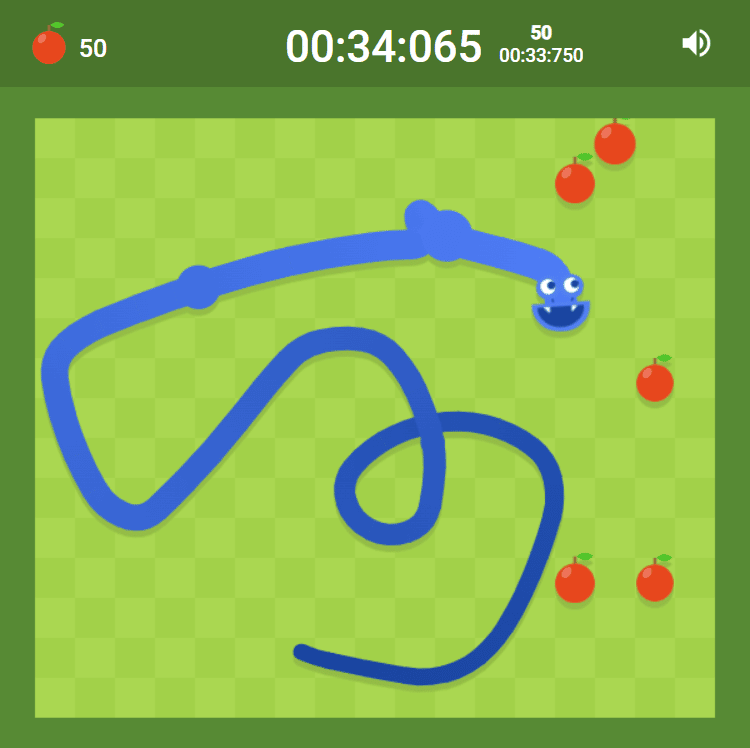 This mod is as unique as his name. This is a cute little mod that makes the snake disappear from the board. To put it simply, you can’t see the snake’s movements, but you still need to make the correct moves to win. 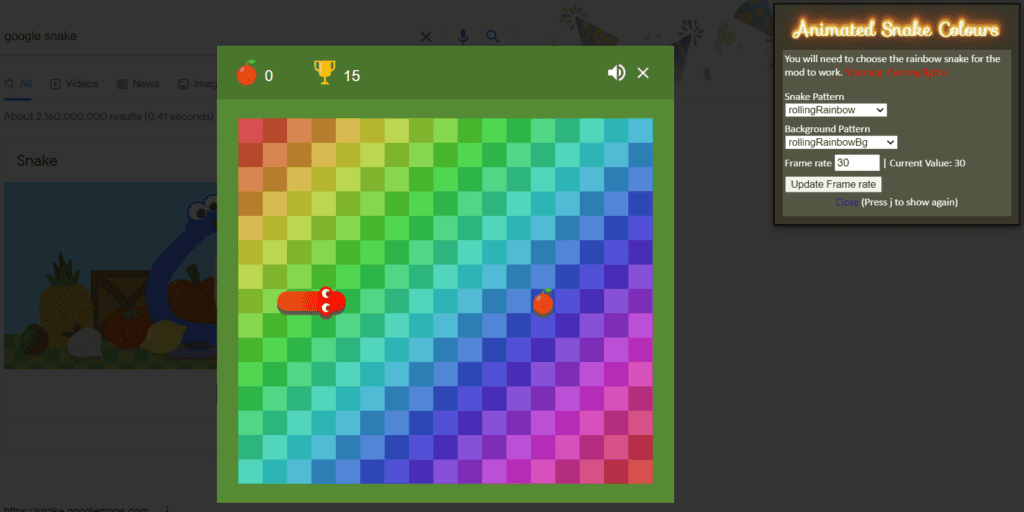 Nowadays, dark mode is preferred by everyone, from smartphone themes to app themes. So if you’re one of them who prefers dark mode then you can try this one. This mod allows you to enable the dark mode theme in Google Snake Game. Not only that, but you can use this mod to add additional color schemes as well.

Tired of getting out repeatedly early in-game? No worries, This is yet another Google Snake mod that removes all walls from all sides, allowing you to play for as long as you want with no interruptions. You can now move around the dashboard more freely. The likelihood of the game ending decreases dramatically. You can use it if you want more playing time.

Google Snake is a great way to time pass. However, Google Snake Mods make the game way more interesting. Use the information provided above to take your game to the next level. And finally, let us know if you have any questions in the comments section below.

Hello Readers, Raj Singh is the Owner and Editor of "All Tech Slot" is a Passionate Blogger from Lucknow, India. He is a Professional Content Writer and Analyst. He loves to share his learnings from his blog and also loves to read and write about Blog technology stuffs. Catch him on Social media : | Linked In | Instagram |Pinterest |

How To Activate STARZ On Almost Any Device 2022

How to Activate BET Plus on Any Devices?